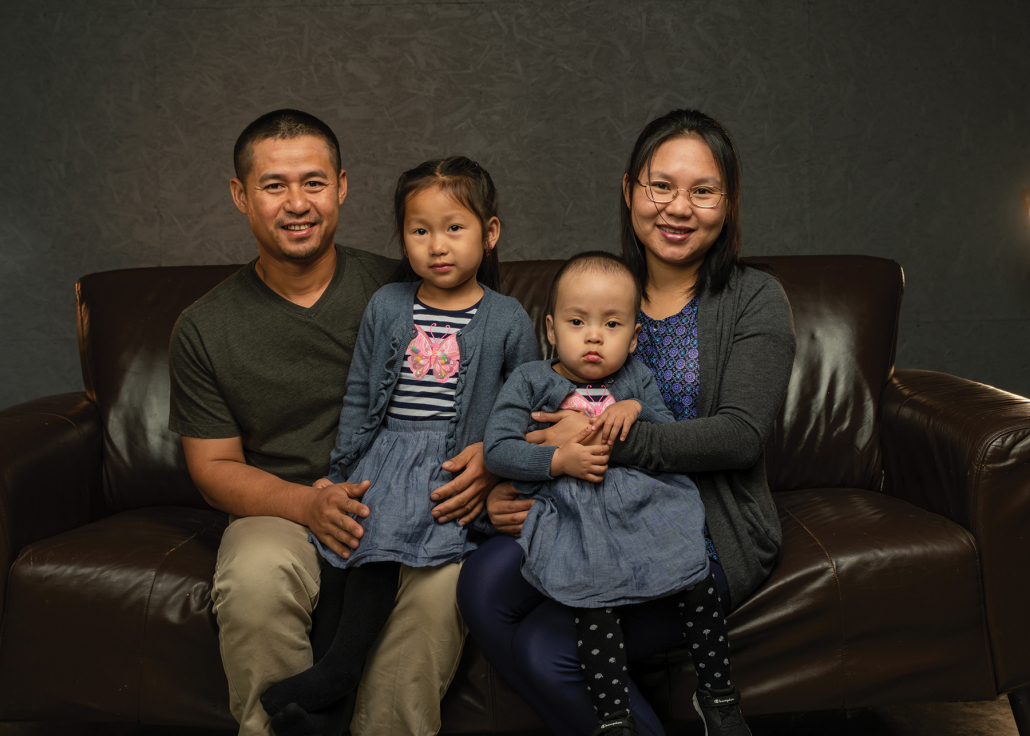 Ta and Sah Blu fell in love in a refugee camp. Forced to leave behind everything they knew, they escaped from the civil war in Myanmar. After spending 14 long years in the refugee camp, their applications to immigrate were accepted. The only hiccup in this news was that Ta’s was accepted by the USA and Sah Blu’s was accepted in Canada. The couple spent five long years apart before they were reunited in Canada.

They moved into a small home with Sah Blu’s parents and siblings. There wasn’t much space for 10 people in the modest house, and soon, Ta and Sah Blu were expecting their first child, Michelle. They started saving for a home to call their own. Then, when Michelle turned two, Ta and Sah Blu welcomed another daughter, Milda, who was born with spinal bifida and hydrocephalus. This meant that Ta and Sah Blu’s hard-earned savings would now be used to purchase the equipment that Milda need to grow and play comfortably.

When they heard about Habitat for Humanity Saskatchewan, they knew the affordable homeownership program would be just the support they needed to stand on their own and would give them the opportunity they never thought was possible. They applied for the program and were thrilled to be accepted as future Habitat homeowners! They couldn’t believe that their homeownership dream was becoming a reality.

Thanks to Habitat and all supporters, sponsors, and donors, as Ta and Sah Blu have now purchased a safe, decent and affordable home for their family to live in that is also wheelchair accessible. Michelle is excited to paint her very first room pink. Milda will have room to move freely around the house in her wheelchair and has a wheelchair lift which allows her to come and go from the property with ease. Ta and Sah Blu will finally be able to put down roots in a home that they will be able to call their own.

Entering your information below allows Habitat Saskatchewan to contact you with any news, upcoming events or any information regarding our organization right to your inbox! Sign up today!

Volunteers are the Heartbeat of our Organization!
Scroll to top